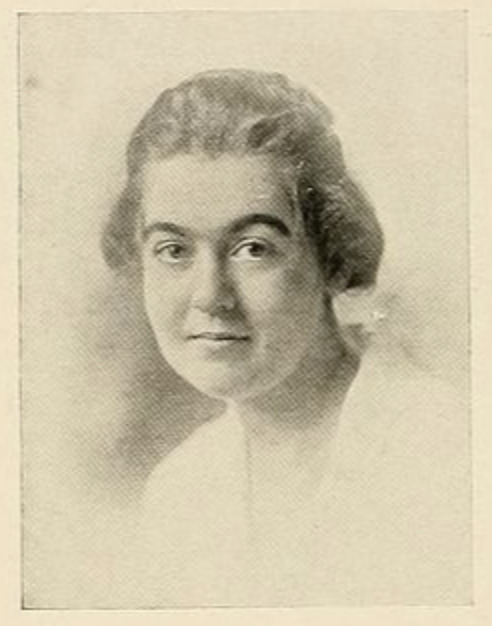 Estelle “Telly” Wolff was born in London, England in 1895 and immigrated to New Jersey as a child. She attended Montclair High School and went on to study General Science at Simmons, graduating in 1919. At Simmons, she was Program Committee Chair of the Social and Civic League in her junior year, suggesting that she may have shared the pro-suffrage views of her fellow club members. She was inducted into the Simmons academic honor society, the Academy, in her senior year, and remained an active member even after graduation.

Wolff married William E. Brown of Vermont shortly after leaving Simmons, and the couple had one son, Duncan Fraser Brown, born in Boston in 1921. The Browns moved to Cincinnati, Ohio, and Estelle became a medical statistician, working for the Children’s Hospital Research Foundation. By 1945, she had retired and moved to South Burlington, Vermont with her husband. Her date of death is unknown.