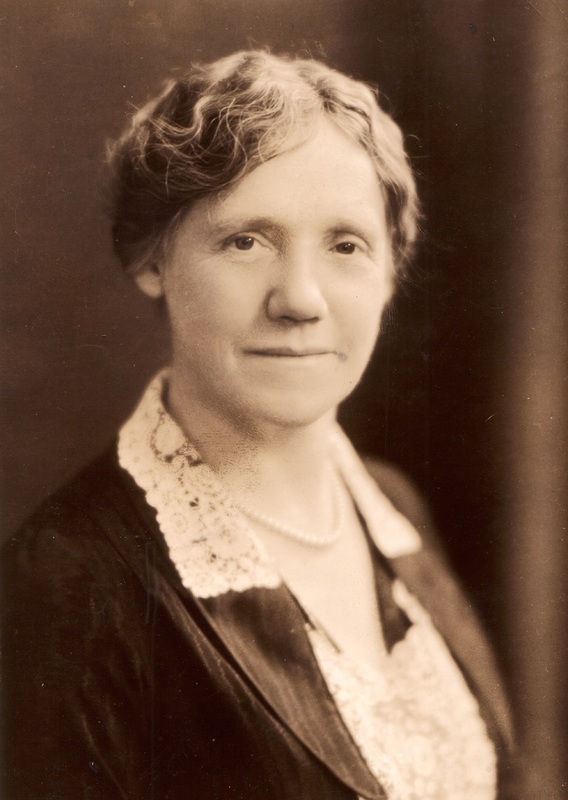 Susan Myra Kingsbury was born in San Pablo, California in 1870. Her father Willard B. Kingsbury, was a doctor, and her mother, Helen Shuler Kingsbury, was Dean of Women at the College of the Pacific, where Susan earned her A.B. in 1890. She went on to pursue graduate work in economic history, first at Stanford University, graduating with an A.M. in 1899, and later at Columbia University, where she earned her PhD in 1905. Her dissertation, on colonial economic history, later became her first book, the influential Records of the Virginia Company of London (1906).

Kingsbury began her teaching career while still a student herself, first teaching history at San Francisco Lowell High School for boys in the 1890s and then working as an instructor in history at Vassar College during the 1904-1905 year. In 1905, she took a job with the Massachusetts Commission on Industrial and Technical Education, conducting research on women’s industrial labor and working conditions. By 1907, Kingsbury had returned to teaching, this time at Simmons, where she taught in the History and Economics Departments until 1915. During this time, Kingsbury also served as Director of the Department of Research of the Women’s Educational and Industrial Union (WEIU) of Boston, working alongside fellow Simmons suffragists Sarah Louise Arnold and Mary Morton Kehew.

In 1915, M. Carey Thomas, President of Bryn Mawr College, invited Kingsbury to join the faculty as Director of the Graduate Department of Social Economy and Social Research. Kingsbury accepted the position, remaining at the college until her retirement as professor emerita in 1936. During her time at Bryn Mawr, she directed efforts to train women for supervisory positions in factories during World War I, and later worked with Thomas to establish a summer program at the college for women workers in 1921. She also traveled widely, spending her sabbaticals observing women’s working and living conditions in Europe, Asia, and, most frequently, the Soviet Union. With her traveling companion, Dr. Mildred Fairchild of the American-Russian Institute of New York City, Kingsbury wrote several books on women’s labor conditions, including Unemployment in Pre-War and Soviet Russia (1932) and Factory, Family and Woman in the Soviet Union (1935).

An active suffragist, Kingsbury was a member of the Boston Equal Suffrage Association while teaching at Simmons, and continued working for women’s rights while at Bryn Mawr. In 1919, following Pennsylvania’s ratification of the Nineteenth Amendment, she proposed the founding of Bryn Mawr’s Anna Howard Shaw Memorial Chair of Politics in order to “train the highest type of American women for public leadership and political activity…We need women statesmen as well as women voters.” Even after her retirement, she continued to participate in women’s rights discourses; in 1938, she voiced concerns about the proposed Equal Rights Amendment, arguing that the language of the amendment could negate earlier labor laws designed to protect women.

Kingsbury also pursued other avenues of political activism during her long career, serving at various times on the board of the North Bennet Street Industrial School, on the executive committee of the Massachusetts Labor Legislation Association, and on Pennsylvania’s first minimum wage board. She was also President of the New England History Teachers Association in 1911 and held membership in the American Historical Association, the American Economic Association, and the Boston and Philadelphia branches of the Association of Collegiate Women.