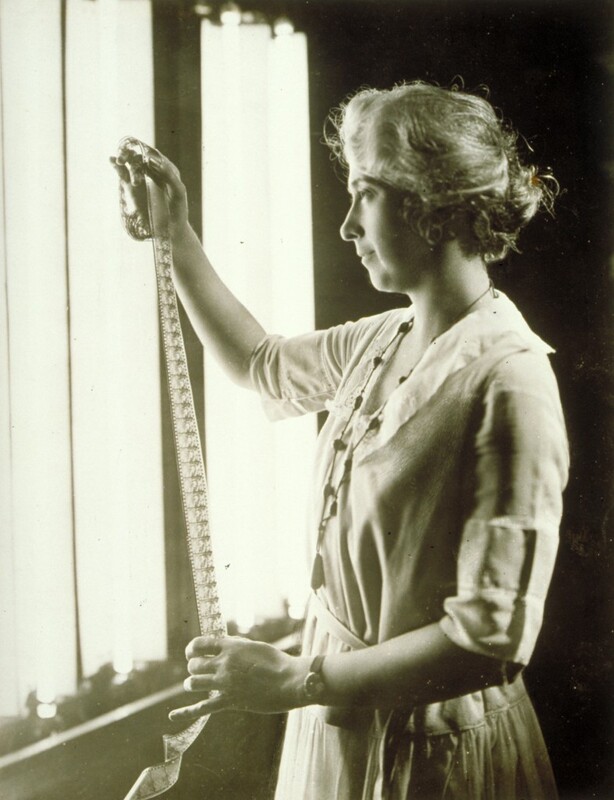 Hettie Gray Baker was born in Hartford, Connecticut in 1881 and completed a “special course” in Library Science at Simmons sometime before 1907. She worked at the Hartford Public Library and then as a legal librarian at the Hartford Bar Library before abandoning librarianship for the film industry, where she worked as a photoplay writer and then as a film editor for Fox Film. Baker believed that her work on Daughter of the Gods (1916) made her the first woman to be named as an editor in a film’s credits. In the 1930s, Baker worked for Twentieth Century-Fox as a censor representative, overseeing the company’s relations with state censorship boards.

A suffragist and Unitarian, Baker was engaged in activism for much of her life. In 1914, she helped found the Photoplay Authors’ League (the forerunner of today’s Screenwriters Guild of America), and was elected vice president of the organization in its first year. She was also a member of the Municipal Art Society of Hartford and the Drama League of Hartford, as well as a frequent contributor to various film and theatre magazines. She remained connected to Simmons, serving as vice president of the New York Simmons Club in 1922. Baker died in 1957. The extent of her work as an uncredited film editor and scriptwriter remains unknown.