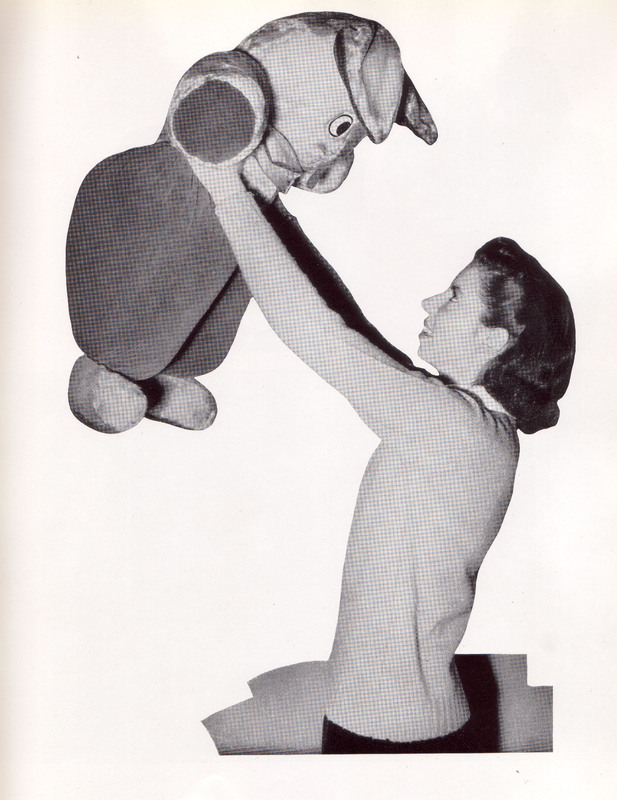 Starting with the Class of 1907, mascots played an important role in student life at Simmons. For over forty years, freshmen chose a class mascot to follow them through their four years at the College. During the first meeting of the school year, the students submitted suggestions for class colors and mascot. After voting on their favorites, the freshmen would eargerly await the announcement of their mascot on the Freshman Bulletin Board. Beginning in earnest in the 1920s, mascots maintained a continual presence at College events and were considered good luck to many of the students. Toys, pins, banners, posters, and bags often depicted the chosen mascot, differentiating the classes on invitations and during College traditions. As the student yearbook, Microcosm, outlined in 1949:

Each class has a mascot that follows it through the four years in Simmons and forever after graduation. The mascot becomes a symbol for each class and at all the all-College competitions and contests each mascot receives the prize or ribbon denoting its class’s place and honor. The class president carries the mascot at step-singing and finally at the end of four years the mascot is presented to the class baby. (Microcosm, 1949)

While this tradition waned during the 1960s, mascots played a huge role in Class identity during the formative years of the College. This exhibit aims to highlight the mascots chosen by students in passed years, as well as showcase the creative ways students have engaged with their mascots to strenghten ties and bind members of any given class together. This exhibit also underscores the legacy that led to our current mascot, the Simmons Shark, who was chosen in a College-wide contest during the early 1990s and officially named Stormy in 2011. 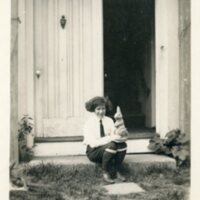 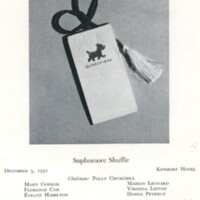