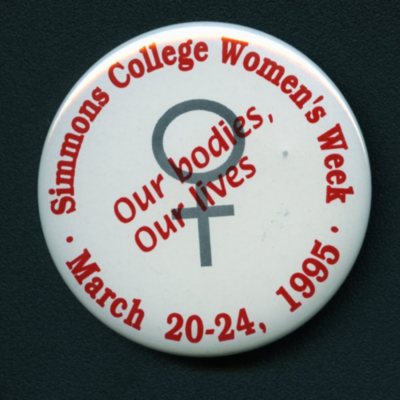 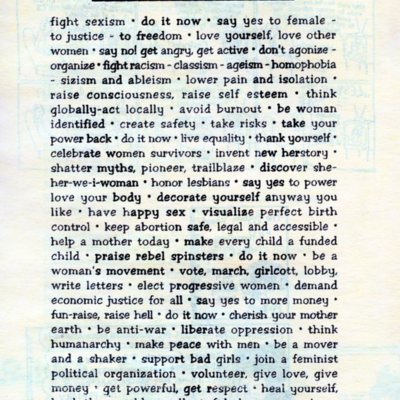 Surprisingly, there is little evidence regarding the early history of Simmons student involvement in women's issues, including the Suffrage Movement. However, in more recent years, Simmons students have been active participants in issues concerning women. Though not all students at Simmons were or are pro-choice—as evident from the Letters to the Editor in The Simmons News during the early 1990s—during the mid-1980s, Simmons students participated in abortion-rights rallies and marches sponsored by the National Organization for Women, as well as the Feminist Union. Simmons students also participated in panels, events, and marches advocating other aspects of women's health and wellbeing. 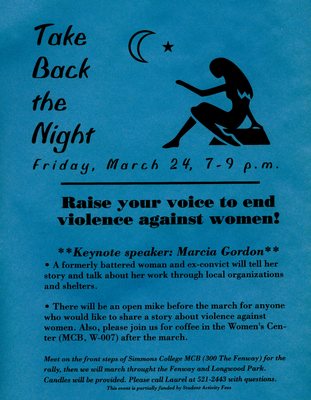 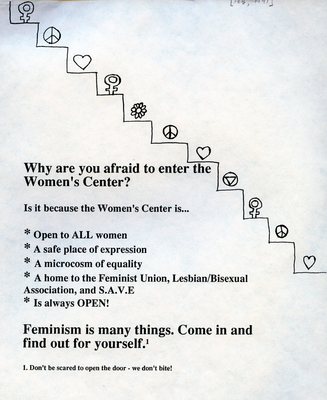 In the 1990s, Simmons College opened the Women’s Center in the Student Activities Center. The Center was created to be a resource that provides current information to the College community about topics concerning women. The goal of the Center was to promote awareness throughout the college on subjects pertaining to women, including through books and pamphlets relating to mental and physical health.

The Women’s Center often worked closely with the Lesbian Bisexual Association (LBA) and the Feminist Union, to sponsor activities like Take Back the Night, a march to end violence against women. The Center has also worked with Betsy's Friends, an organization created in memory of Elizabeth McCandless, '71, who was murdered by her ex-husband in 1992, and the Clothesline Project to give women affected by violence the opportunity to express their emotions by decorating a shirt, which is then prominently displayed on the Simmons campus each year. 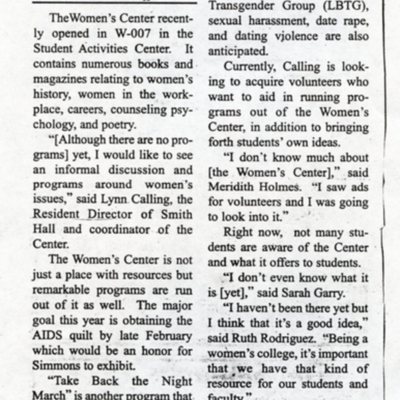 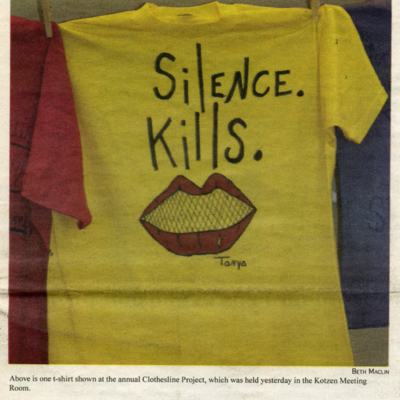 Shirt from the Clothesline Project, ca. 2014. 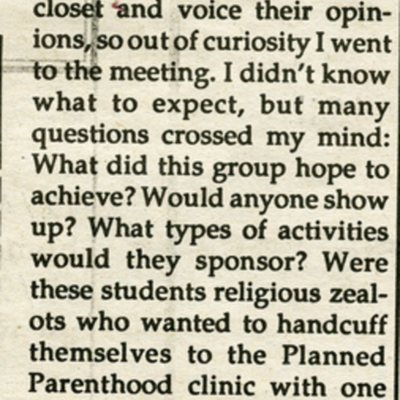 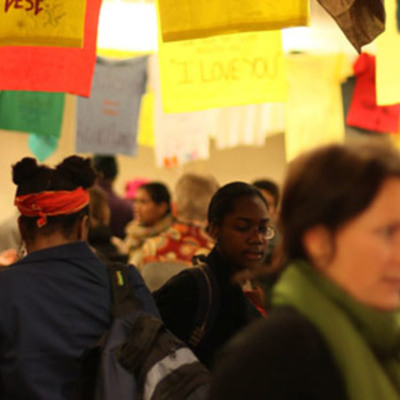