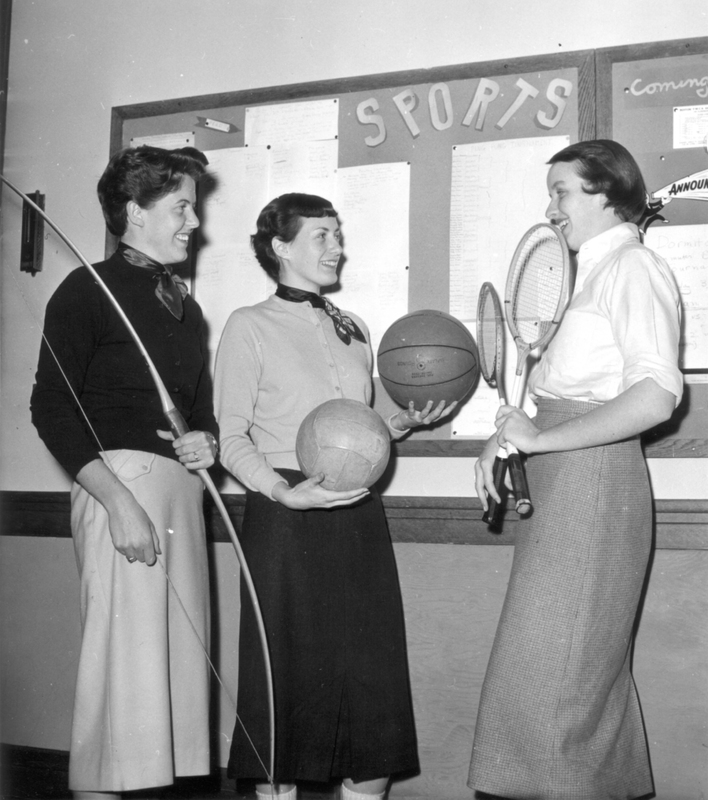 Sports at Simmons have a long history. They blossomed in the early 1900s and continued in various forms throughout the century. While there were many athletic activities at the college, the main sports played were basketball, field hockey, rowing, and tennis. Sports at Simmons focused on interclass matches that emphasized fun over competition, with classes winning prize cups. Additionally, the physical benefit of organized recreation, along with the ethical and moral aspect of good sportsmanship, provided an opportunity for the women to find expression and have fun.

With the passing of Title IX, sports teams started intercollegiate matches with neighboring schools and to participate in official leagues.They had difficult seasons, but the students were known for their positivity, good spirit, and sportsmanship. Despite the rise and fall in their popularity, athletic activities endured. A student remarked that “athletics are here to stay. Now that we have them firmly established, it is hard to believe that there was a time when we managed to exist without them.”

This exhibit will focus on the unique aspects of sporting life at Simmons from its early beginnings through the present day.  The sports exhibit will showcase a thematic look at the history of sports at Simmons through photographs from Simmons 100+ year athletic history.  It also demonstrates the importance of sports in Simmons history as they encouraged a sense of community between team players and the larger student community, while simultaneously promoting good physical and mental health.This exhibit will provide an opportunity for athletes and non-athletes alike to celebrate the legacy and team spirit of sporting at Simmons.