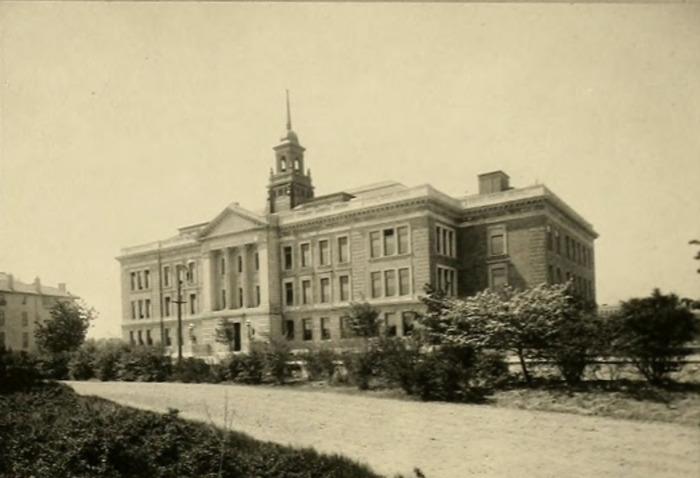 Political activism has been part of life at Simmons from the university's beginnings. This includes participation in the movement for women’s suffrage. Students, faculty, and alums, even the college’s president, took sides in the pressing question of whether women should have the right to vote. They brought their political engagement to the streets of Boston, organizing, speaking, writing, and marching, as did generations of university activists after them, including today.

To mark the centennial of the Nineteenth Amendment, this exhibit recovers the largely forgotten stories of Simmons suffragists, from Gertrude Barish, a college sophomore when she addressed the Massachusetts Constitutional Convention in 1917, to Wilda Claire Strong Peck, a leader within the Lynn Equal Suffrage Association and later a founder of the Cambridge League of Women Voters.

Simmons Female College was founded in 1899 just as the suffrage movement was reaching its high point in the United States. Though the college’s mission was to prepare women for economic independence -- work in professions like office management, health care, library science, and home economics that were opening to women at that time -- women’s right to vote was a divisive issue on campus. The college president, Henry Lefavour, and some faculty opposed enfranchising women; meanwhile, other professors, trustees, and the beloved Dean Sarah Louise Arnold were prominent pro-suffrage leaders. Closely affiliated instititutions, like the Women’s Educational and Industrial Union, were similarly conflicted over women’s appropriate place in politics. Simmons students had to decide for themselves: should they have the right to vote? And if so, what were they willing to do in order to get it?

Organizing in and beyond Boston →
Introduction: Simmons and Suffrage Activism