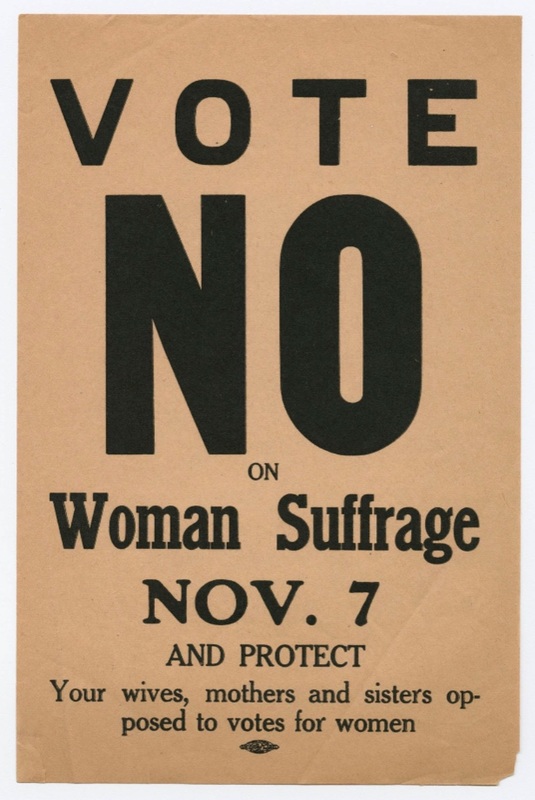 (Courtesy of the Massachusetts Historical Society)

Although the College Equal Suffrage League successfully recruited thousands of members, they encountered substantial resistance on campus. Women as well as men publicly fought against the expansion of voting rights. The suffrage question deeply divided some women’s colleges, like Barnard and Vassar.  A poll at Wellesley College in 1911 found that ⅔ of the student body opposed women’s enfranchisement even though a majority of the faculty supported it.

Furthermore, the anti-suffrage movement was especially strong in Boston, Simmons’s home city. In 1879, Massachusetts women had gained the right to vote for local school committees, but the state repeatedly defeated referenda proposing to grant women any further suffrage rights. 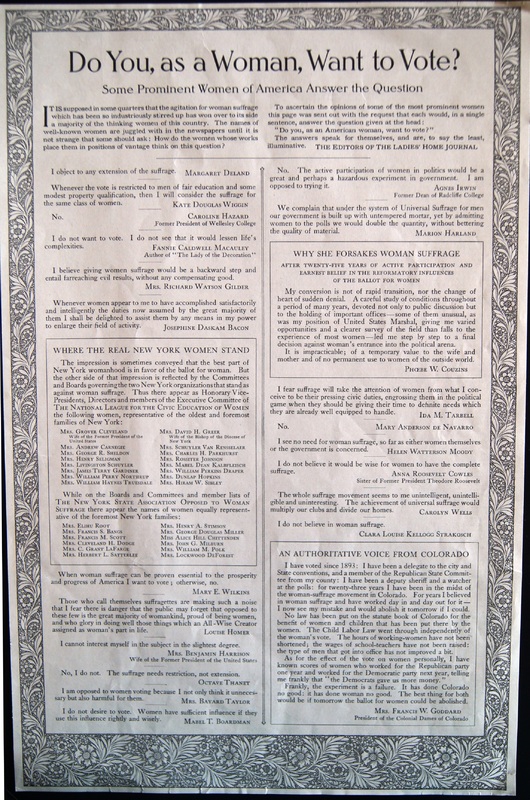 An article from a 1911 issue of Ladies' Home Journal 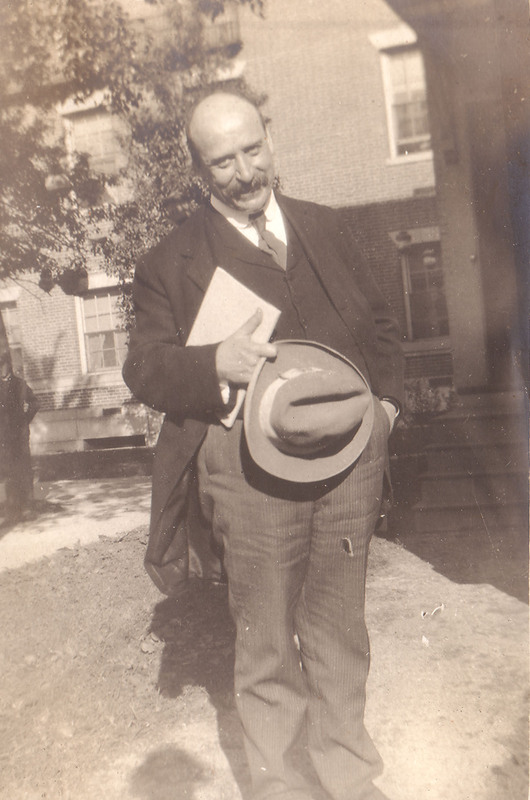 The general feeling about suffrage at Simmons is unknown. There were no articles or student surveys, much less open suffrage organizing on campus. But the opinions of its college president were clear. On their list of “Prominent Men who have expanded their opposition to woman suffrage,” the Massachusetts Association Opposed to the Further Extension of Suffrage to Women was “President Henry Lefavour, of Simmons College." They presented the list to Congress during its hearings about enfranchising women in 1912. Lefavour shared this public stance with the presidents of Amherst College, Harvard, Radcliffe, Smith, Tufts, Wellesley, and his own alma mater, Williams.

A popular anti-suffrage song, "The Anti-Suffrage Rose." (Courtesy of the Library of Congress)

Dr. Henry Lefavour’s opinion on suffrage mattered greatly. He was not only the first president of Simmons, but the college’s designer. That is, he had been the person to give concrete, detailed shape to the ideas only briefly sketched out in John Simmons’s will. Lefavour laid out the plan for a women’s college of “high standards” that would combine “specialized technical training” with intellectual and artistic education. He then implemented that plan, in collaboration with his Dean, Sarah Louise Arnold. And he oversaw tremendous growth in student enrollments and programs, between the arrival of the first class in 1902 and his retirement in 1933. Lefavour recognized, “the enormous change that has taken place in the economic life of women,” in the course of his presidency.

Suffragists argued that women had earned the right to vote by their contributions to American prosperity, culture, and civic life; they believed that working women, especially, needed the vote to protect their interests. Lefavour championed women’s economic self-support and professional accomplishments but not their political equality. Women were “peculiarly fitted” for certain kinds of service to society, he declared in a radio interview in 1927, and women deserved to live useful lives. But whatever other transformations the twentieth century brought, government should remain the concern of men, and men alone.

Some Simmons faculty agreed with Lefavour, and made their anti-suffrage opinions well known to their students. The students got the parting shot, however, by poking fun at their stodgy professors in the yearbooks. A poem in the Microcosm of 1910 playfully wished to see their anti-suffrage Physics and Mathematics Professor, John Van Liew Morris, stuck at a "Suffragette Meeting.” In another student poem, the spectacle of Hans Woldo Rabe, a professor of German, shouting “Votes for Women!” was a sure sign that the narrator was dreaming. Though they did not challenge President Lefavour directly, Simmons students made up their own minds about whether they should have the right to vote. 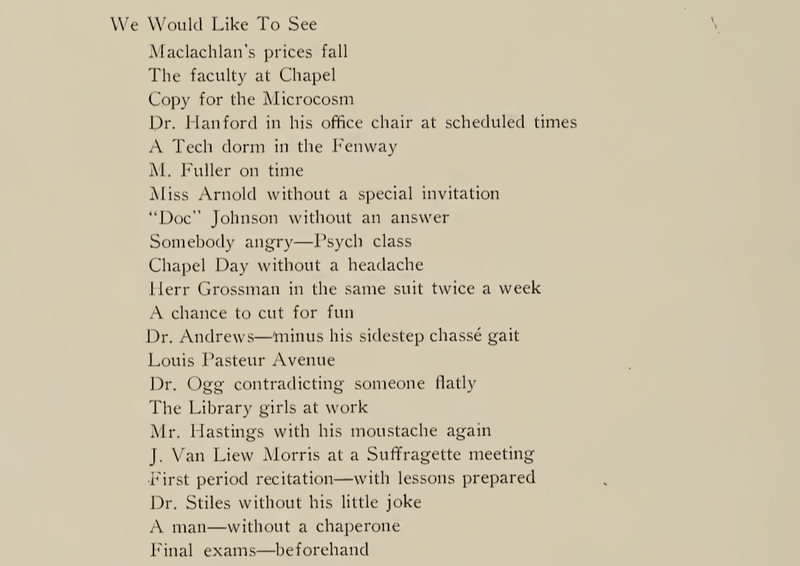 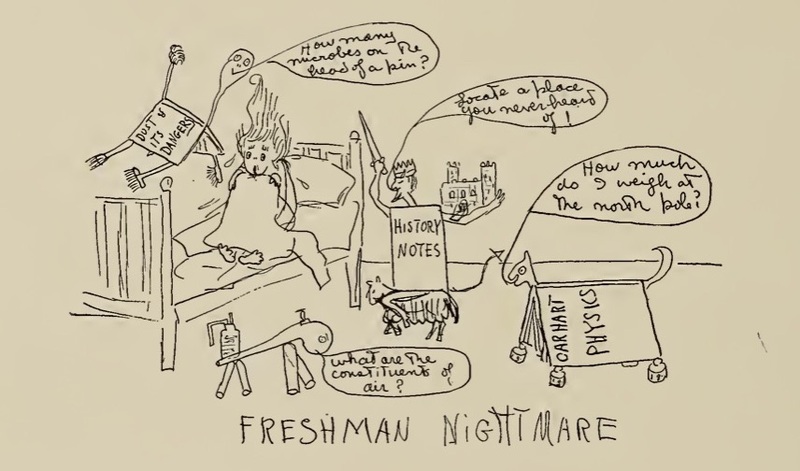 "Freshman Nightmare" from the 1913 Microcosm

← Suffragists on Campus
The Suffragist Dean →
The Anti-Suffrage President