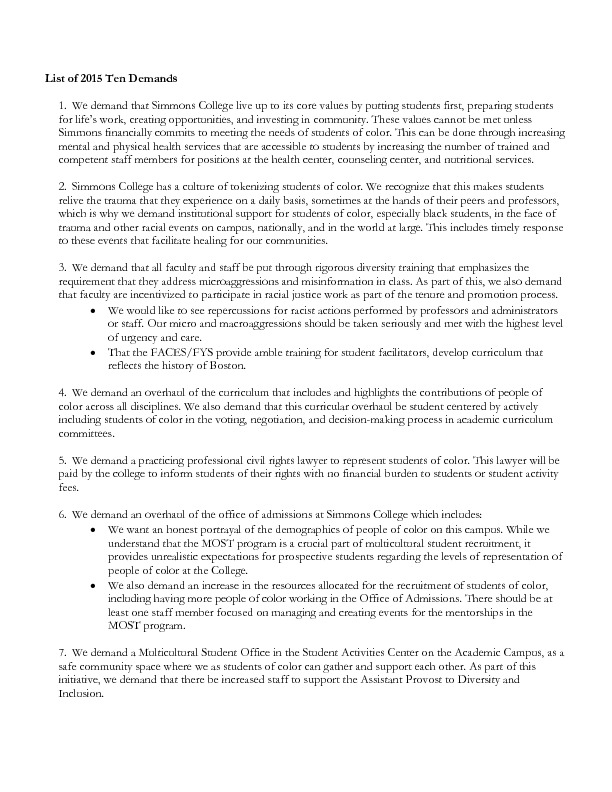 In response to student demands across the country, on November 16, 2015, 100 student and faculty demonstrators, most dressed in black, hosted a sit-in to protest the perceived mistreatment of students of color on campus. Later that afternoon, the protestors read aloud from their list of Ten Demands, and President Helen Drinan and Provost Katie Conboy met with two protest spokespersons to discuss a meeting time to engage with the demands more fully. Among the demands were an increase in mental and physical health services for students of color, a change in culture surrounding perceived tokenization of students of color, diversity training for faculty and staff, changes in curriculum to include more people of color, a multicultural center, and the hiring of a civil rights lawyer.

On November 19, 2015, a public forum was held where students discussed their concerns, disappointments, and frustrations. Morgan Ward, President of the BSO, presented the 2015 Ten Demands, emphasizing the need for administrative support. Over the next six months, plans to coordinate a Student Health Advisory Committee to support students of color and advise the Counseling and Health centers were made, a series of campus conversations on diversity and inclusion, “Talkin’ on Tuesdays” was established, staff and faculty training was planned, and financial aid workshops were discussed. 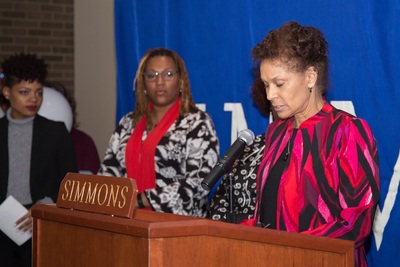 As it continues to implement responses to the Ten Demands of 2015 into its academic and administrative framework, Simmons College remains a community that honors and is strengthened by the humanity, dignity, and individuality of each member. As it has throughout its history, Simmons College develops and changes through the insight and action of its community members. The community of Black students, faculty, staff, and administrators at the College has long been at the forefront of this effort, provoking conversation and reflection on the status quo, and seeking to drive real, respectful change. 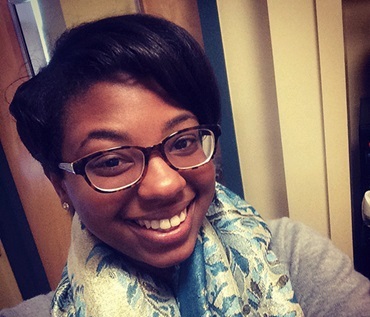 While at Simmons, Morgan Ward was an active participant in student life. A member of the BSO from 2012 until 2016, Ward worked as the Organization's Social Chair, Vice President, and President. As President of the BSO, she organized the 2015 Ten Demands demonstration and worked with the College in the months following the demonstration to plan administrative action. Ward graduated from Simmons College with a B.S. in Public Health in 2016 and now works as a Suboxone Case Manager Fellow at Boston Health Care for the Homeless Program.