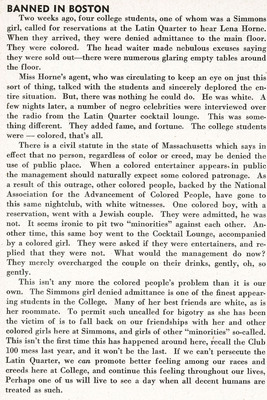 Black students at Simmons found a forum through the Young Women’s Christian Association (Y.W.C.A.) throughout the 1930s and 1940s. Many of Simmons College’s early Black students, including Gertrude Hope Franklin, ’30, and Dorothy Belle Fassitt, ’33, were involved with the Boston Y.W.C.A. Inter-Race Committee and the Y.W.C.A. chapter at Simmons. In 1937, Simmons student Gertrude Tanneyhill, ’39, chaired the Y.W.C.A. Inter-Race Conference on Education for Democracy, which included discussion groups on “inter-race practices” and “the effect of race relations on social and economic change.”

These activities mirrored larger conversations about race and race consciousness across Simmons. The Simmons News advertised presentations and discussions on Black artists, the role of race in world affairs, race riots, democratic rights, race and psychology, and invitations to anti-lynching rallies happening throughout Boston during the late 1940s. The Simmons News also began publishing articles about racial and religious prejudice following World War II. A 1948 article detailed an experience of a Black Simmons student denied entrance into a Boston nightclub due to her race. Editorials also acknowledged the existence of barriers caused by racial and religious prejudice, and contributed this to open discrimination and “more subtle” manifestations or bias, including “family prejudices.” 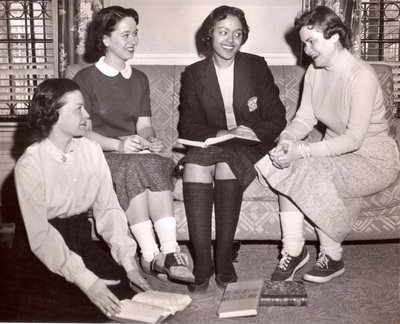 Concrete changes also began to be made at Simmons, both within the Administration and the student body. The College announced in 1944 that a course called Minorities in the United States would replace a cultural anthropology course the following year. According to the 1945-1946 Course Catalog, this class emphasized “the system of relations” between races through study of cultural patterns, traditions, and practices. The student body also elected Shirley Neizer, ’50, to serve as National Executive Secretary to the 1950 United States National Student Association Congress, and, in 1955, the senior class elected Peggy Gray, ’56, to serve as the first Black Student Government Association President at Simmons. 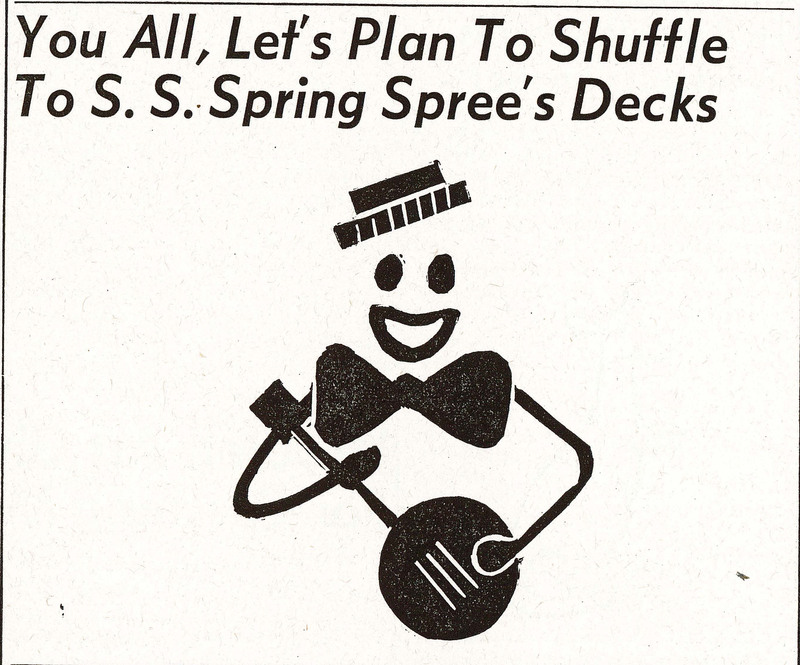 However, even as Simmons students questioned race relations and engaged with race consciousness, Black students were still subjected to instances of stereotyping and racial mockery on campus. During Simmons College traditions, such as the Freshmen-Junior Wedding, students often dressed in costume that relied on societal indicators to depict certain characters, sometimes appearing in blackface. In 1953, the Simmons Spring Spree themed the festivities as the “Cotton Ball,” which included decorations inspired by a “Mississippi Showboat.” The festivities included a vaudeville show, a minstrel band, and “blackfaced waiters directing eager landlubbers toward the mint julep booth.” The advertising for this event included a depiction of a minstrel playing the banjo and a woman wearing a Scarlett O’Hara inspired dress, waiting for a ship.

The planning committee and attendees at the 1953 Spring Spree show that even as Black students at Simmons integrated more fully into the College consciousness, the student body lacked consistent racial sensitivity. 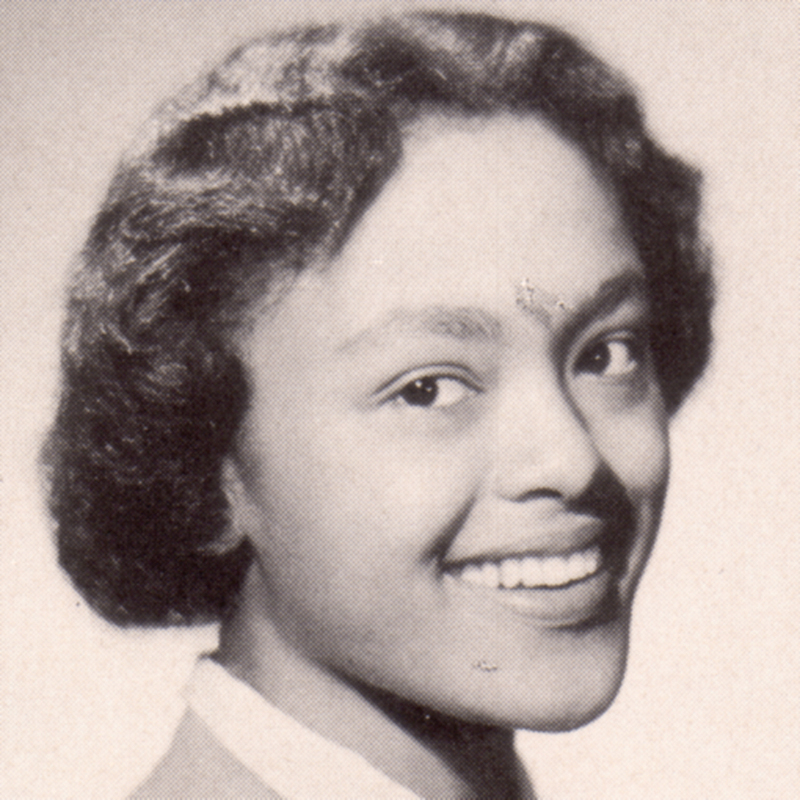 The first Black Student Government Association President at Simmons, Peggy Gray graduated in 1956 with a degree in Social Science. In 1958, she received her M.S. from Simmons' School of Social Work, and later received a Ph.D. from Queens College and an Ed.D. from St. John's University. Throughout her career, Gray worked as a history and social studies teacher, a school principal, the Amityville School District Assistant Superintendent for Personnel and Administration, and as an associate professor of education. After her retirement, she served as a member of the St. John's University Board of Trustees, the New York State Board for Professional Medical Conduct, and the New York Board of Pharmacy. She received an honorary degree from St. John's University in 1998.