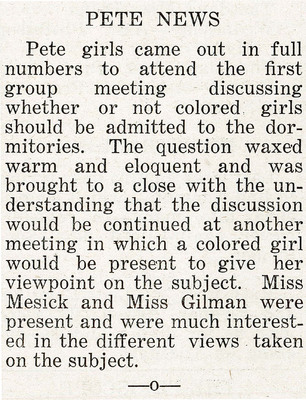 Approximately seven Black students attended Simmons before 1920. However, despite the presence of Black students at Simmons College during the early twentieth century, community discussions concerning race and race relations often excluded the Black student perspective. Conversations on the topic were conducted primarily by and for a white audience. Lectures concerning “The Race Question” frequently advocated conflicting messages, as was the case at a lecture recited to Simmons Student Forum members by Reverend Alfred B. Bliss, Field Secretary for the American Missionary Association. According to a 1924 issue of The Simmons News, Bliss praised the achievements of Black Americans, including George Washington Carver, but “did not make a plea for race equality.” Instead, Bliss called for “fair, Christian judgement” of all people, regardless of race.

In March of 1924, the Simmons’ Peterborough Street Dormitory held discussion groups on a variety of subjects, including whether or not to allow Black students to live in the dorms. According to The Simmons News, the first of these discussions concluded that Black students should not live in Simmons dorms, but tabled the issue for further discussion. In April, the discussion group brought in Black alumna, including Helen Monica Ripley, ’21, to give their perspectives. The women argued that any Black student applying to live in the dormitories knew “the sort of thing she [was] up against,” and did not go to college “with the idea of social life as an incentive.” The effect of this conversation, however, is unknown. The purpose of the discussion groups was not to create social change, but instead “to get [students] to think about such things and to form opinions as intelligent college women.” 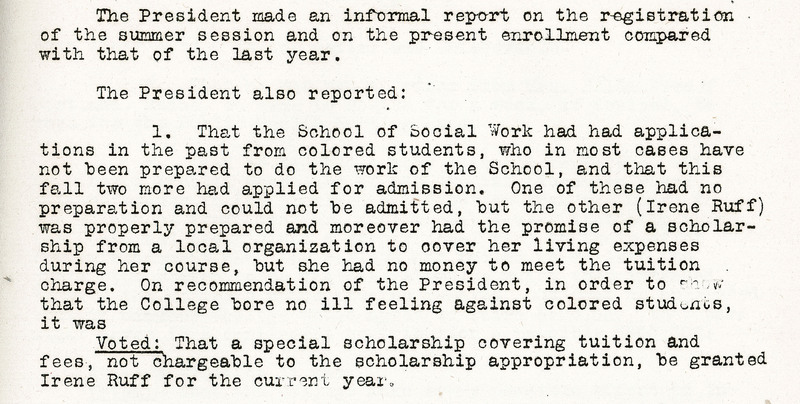 The Simmons College Administration similarly acknowledged Black students, but did little in the way of active recruitment. During the October 8, 1923 Board of Trustees meeting, President Henry Lefavour reported that the School of Social Work received applications in the past from Black students, who “in most cases have not been prepared to do the work of the School.” In this discussion, he notes that one completed application looked “properly prepared,” and it was voted that a “special scholarship covering tuition and fees” be granted to the student as to show that the College “bore no ill feeling against” Black students.

In 1925, Anna Mae DeBerry became the first Black Social Work student. She lived in the Simmons Residency Houses on F Gorham Avenue and at 60 Harrison Street, before becoming the first Black student admitted to South Hall in 1927. She graduated in 1929, having lived in the hall for 2 years. Another Black student, Joan Inez Hutchins, '53, did not reside in the dorms until 1951. 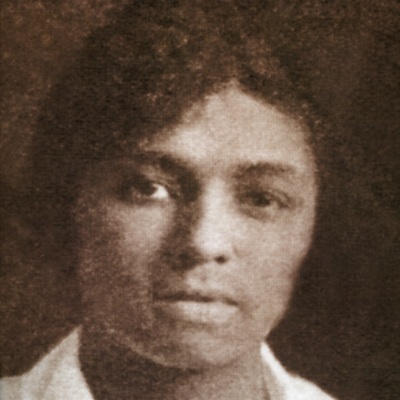 Dorothy Boulding Ferebee was born in Norfolk, Virginia in 1897 and raised in Boston. While at Simmons, she concentrated in Medical Secretarial Studies, with the intention of becoming a doctor, before graduating in 1920. She attended Tufts Medical School and graduated in 1924 among the top five of her class. Despite her high academic standing, her applications to hospitals for an internship were refused, presumably because of her race and gender. In response, she decided to take a civil service examination for internships and received an internship at Freedman’s Hospital, now Howard University Hospital. She went on to become a professor at the Howard University Medical School, where she taught obstetrics and preventive medicine between 1948 and 1968. Ferebee was a founding member of both the Southeast Community House and the Women’s Institute, as well as President of the National Council for Negro Women. Ferebee was the first recipient of the Alumnae Achievement Award from the Simmons College Alumnae Association in 1959 and she served on the Simmons Board of Trustees from 1970 until her death in 1980. In 1988, a scholarship was set up in her name.